Toronto, Ontario – TheNewswire - June 8, 2021 – CANSTAR RESOURCES INC. (TSXV:ROX ) & ( OTC:CSRNF) (“ Canstar” or the “Company ”) is pleased to announce that diamond drilling has commenced at its Golden Baie Project in southern Newfoundland.  The Company is also pleased to report that its recently commenced field exploration activities have already yielded several new significant discoveries on the Golden Baie Project.

Canstar contracted Majors Contracting Ltd. of Deer Lake, Newfoundland, for a phase 1 drill program that will consist of a minimum of 2,500 metres of diamond drilling using a track mounted rig.  Drilling has now commenced and will test for the vertical continuation of gold mineralization identified at or near surface and also to aid with structural analysis and interpretation.  Initial assay results from the drill program are anticipated in late July.

Rob Bruggeman, President & CEO of Canstar, stated: “The Golden Baie Property is large and very prospective for orogenic gold mineralization. Our 2021 exploration program is already yielding new gold occurrences along the Little River Trend.  We are also excited about the commencement of drilling, as this will be the first drill testing at Golden Baie in over a decade.”

At the Blow Out Prospect a flake of loose gold was recently found on a quartz vein (Figure 1) in an enlarged and re-washed exploration trench where historic assays of 30 g/t gold were obtained from quartz veins in arsenopyrite bearing metasediments.  In between the Kendell and Blowout prospects, the Company’s prospectors also discovered two float boulders with visible gold. The gold occurs in recrystallized quartz very similar to that seen at the Kendell Prospect, located about 2 km to the southwest.  The source of the auriferous float samples has not yet been determined and assay results are pending. 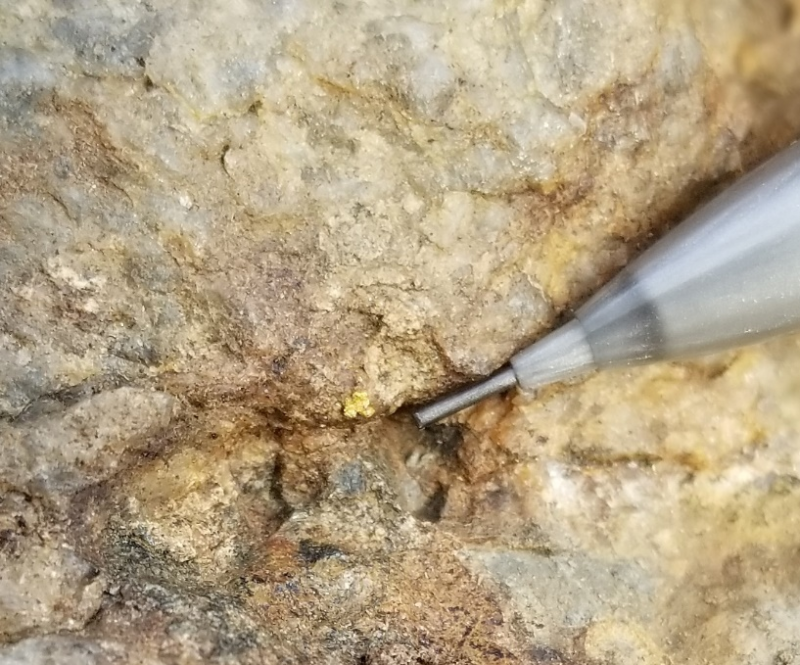 Recent prospecting work along the Little River Trend, between the Kendell and Blow Out prospects, also identified a new target that has been named the Hillside Showing.  The Hillside Showing consists of sheared metasedimentary rocks with abundant quartz veining and coarse arsenopyrite (Figure 2) that is northeast-striking with a west-dipping fabric, which mirrors structural elements observed at the Kendell and Blow Out prospects.  Assays are pending but it is expected that the Hillside Showing will be one of multiple gold occurrences that will be drill tested at the on the Little River Trend in the next two months. 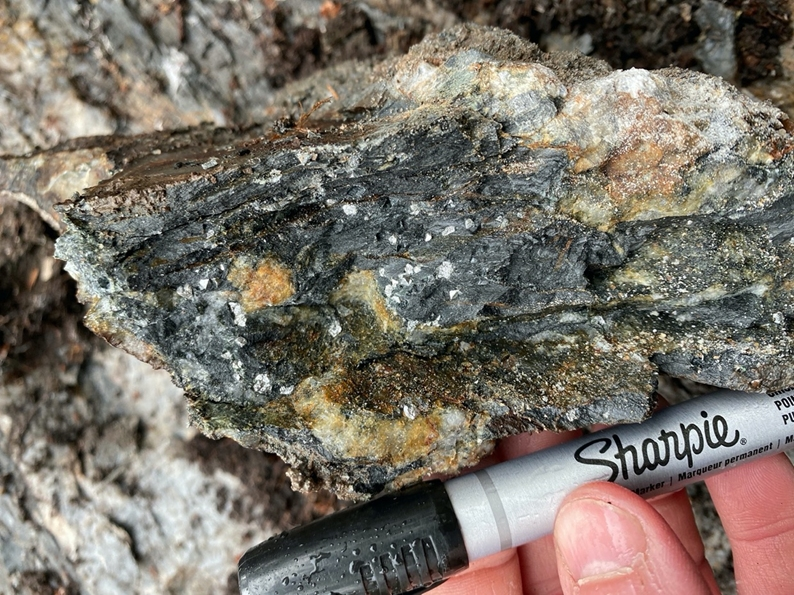 Figure 2 . Coarse arsenopyrite mineralization in metasediments at the Hillside Showing.

Expansion of Trenches at the Kendell Prospect

In the fall of 2020, the Company conducted trenching at the Kendell Prospect.  Trench TGB-20-01 yielded a grab sample assaying 211 g/t gold and the best channel sample intercepts on the Golden Baie Property to date, including 10.2 g/t gold over 3.0 metres and 6.2 g/t gold over 5.0 metres (see news release dated Nov. 30, 2020).  In May 2021, the trench was extended along strike (NE-SW).  The trench was also expanded perpendicular to strike in the northwest direction, where a thick section (~4m) of abundant, visible gold bearing quartz veins in strongly sheared metasediments was identified. The grab samples from the newly identified quartz veins assayed up to 34 g/t gold and this will be one of the early targets in the current drill program ( Note: the reader is cautioned that rock grab samples are selective by nature and values reported may not represent the true grade or style of mineralization across the property.)

Focus on the Blow Out Prospect and Kendell Prospect Area

There are over 20 known gold occurrences at surface on the Golden Baie Property but the current exploration program is focusing primarily on the area from the Kendell Prospect to the Blow Out Prospect (Figure 3).  The Blow Out Prospect consists of strongly sheared-mylonitic fabrics within duplex packages, similar to the thrust system identified at the Kendell Prospect where multiple visible gold occurrences were identified in 2019 and 2020.

Until recently all gold occurrences along the Little River Trend had been disseminated mineralization associated with sulphides. The 2019 discovery of coarse free gold at the Kendell Prospect and now at two other points up to 2.1 km to the northeast is a very positive development as it indicates the right conditions existed for the deposition of both disseminated and potentially higher grade free gold bearing quartz veins along this trend. Mesoscopic to large scale fold and thrust systems have been identified with associated gold bearing quartz veins, including visible gold. Secondary, dextral shearing of earlier quartz veins has also been identified as hosting visible gold at the Kendell prospect. 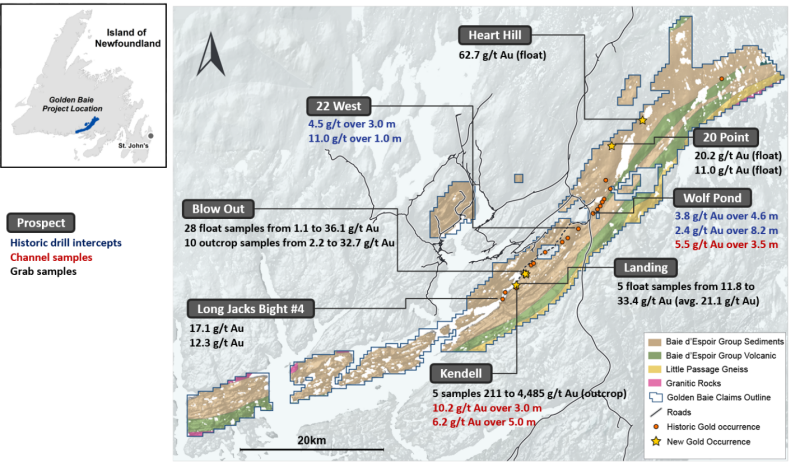 Canstar is focused on the discovery and development of economic mineral deposits in Newfoundland and Labrador, Canada. Canstar has an option to acquire a 100% interest in the Golden Baie Project, a large claim package (62,175 hectares) with recently discovered, multiple outcropping gold occurrences on a major structural trend in south Newfoundland. The Company also holds the Buchans-Mary March project and other mineral exploration properties in Newfoundland. Canstar Resources is based in Toronto, Canada, and is listed on the TSX Venture Exchange under the symbol ROX and trades on the OTCPK under the symbol CSRNF.